Home Blog Technology 4K resolution has just taken off and now 8K is here. Why did it take so long?

4K resolution has finally taken the world by storm. 75% of all TV’s sold in the USA commercially in 2017 were 4K capable and it’s estimated that in 2018 it will be close to 100%. So why did it take over a decade for 4K resolution to become popular? And is the next step in resolution updates, 8K, resigned to the same delayed fate?

What is 4K/8K Resolution?

4K resolution means that there are, roughly, 4000 pixels forming the horizontal axis of your display, to put that into perspective FullHD (1080p), the hot resolution during the console wars of 2007, only has 1080 horizontal pixels. There are several resolution ratios which claim to be 4K but they are all tied to that definition, the most popular, UHD or Ultra-High Definition has 3840 for example. They are all still considered ‘4K’ but perhaps resolutions like DCI 4096 × 2160, could be considered ‘truer’ than some of its counterparts.

4K resolution is an extremely detailed visual display, 4K contains four times the number of individual pixels as Full-HD 1080p, it is so dense that many argue the human-eye can’t even notice the difference. The human eye has been measured to only be able to view/notice a definition of up to 7 megapixels and 4K resolution is a whopping 9! 8K resolution is a massive 33 megapixels. and like 4K resolution demands a horizontal pixel count of around 8000 (7,680 pixels, to be exact) for a resolution to be considered ‘8K’.

When did 4K Resolution turn up?

4K resolution really didn’t take the world by storm, it took ages (literally a decade) to get off the ground, the first commercial 4K resolution camera was released way back in 2003, and the technology to effectively edit and process 4K visuals were widely in use and available at the time of release.
There’s certainly a few theories and a lot of contributing factors as to why 4K resolution and resolution changes at large took so long to take off. With a technology like 4K what you have produced is a ‘medium’ through which developers of content can project their work to consumers.

Without a bank of desirable content at the ready the medium itself will never be popular, why would anyone upgrade to 4K Resolution is there was no 4K content to watch? Although this isn’t the case now, at the time of release Full-HD 1080p was dominating and 4K content was hard to find, let alone desirable 4K content! YouTube the most popular streaming service of all time didn’t offer a 4K viewing option until 2014 and films although being filmed & produced in 4K for editing purposes weren’t readily available to consumers until 2016, after the release of UHD Blu-Ray technology.

When 4K resolution first became commercially available in 2003 following the release of the Dalsa Origin (the first commercially available 4K camera), it offered unparalleled quality for end-users and amazing opportunities behind the scenes for creatives to add never before seen clarity and depth to their visual work by offering bigger files to work with and higher resolution to make re-sizing and editing easier.

There is always a lag between Technology being developed and being readily available to consumers, that’s obvious. There is and always will be a delay between new tech being dreamt up at HQ and it then going through an inevitable 5 stage process of being; developed, tried, tested, marketed and finally implemented. But as we can see above it took nearly a decade for 4K resolution to really start being integrated into consumer life after it had already entered the market way back in 2003.

So this is the primary reason for the delay, of course, these things take time but not usually that much time… The problem that caused the delay with 4K upon release is that there was no content available for it, no one (at the time) really wanted that content and it was expensive to produce.

What’s Changed Since 4K and why is a move to 8K Important?

8K is on the rise and we are already seeing the same patterns of sale and integration into the consumer markets that it took 4K resolution years to establish. The technology to transfer file sizes is widely in use; Thunderbolt 3 can transfer a huge 8K file in seconds something that was previously a barrier to working with 4K and higher resolutions.

YouTube have already updated and granted users the option to upload and view in 8K and market leaders like Apple and Microsoft have released ‘out of the box’ equipment specifically designed with 8K files in mind. The iMac Pro and high-end Surface Range equipment respectively have the correct specifications and connectivity to effectively enable & tackle 8K developer/editing software and traditionally challenging file sizes.
The world is ready for 8K and is currently enjoying the benefits, even though most consumers are still excited for 4K resolution, 8K resolution has been unknowingly adding to your user experience in the production stages of your favourite content. Guardians of the Galaxy 2 was shot entirely in 8K using groundbreaking RED camera’s. The first feature-length film to do so with many more now following suit; Deadpool 2, HackSaw Ridge and Venom to name but a few.

What 8K offers is an entirely new set of possibilities to content makers, the higher the resolution the more you can re-shape and the heavier you can edit any given footage without disrupting the aspect ratios or consumer experience. The move to displaying content in 4K has taken a while to take hold, but the move into 8K filming and production has already happened.
Thinking of working in 8, but don’t know where to start? We offer a free iMac Pro Trial for prospective business’ right here! 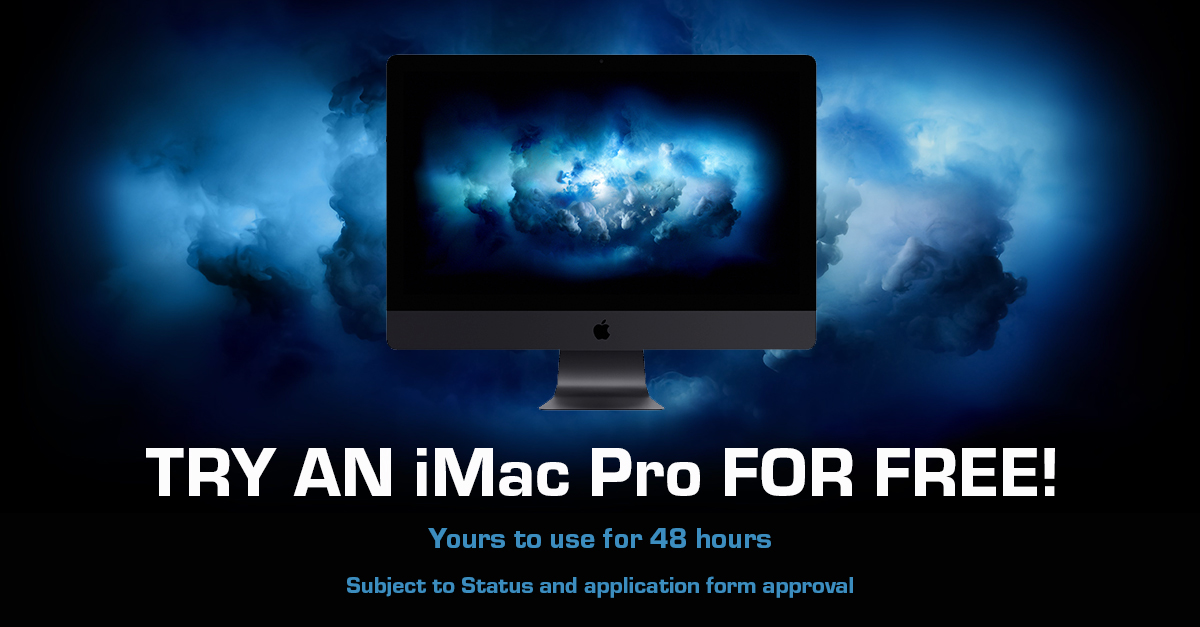 If you’re after any more information regarding 4K resolution, 8K production or future-proofing your business talk to our dedicated team @ HardSoft by phoning 0207 1111 643 or talk to us live and online using lour WebChat feature.