Home Blog Networking ‘Have you tried turning it off and on again?’ Five IT clichés which work

When it comes to IT clichés, we’re divided into two camps: those that give the possibly barbed replies and those who receive them – probably because we asked for something totally stupid. That’s not to say that all responses supplied by tech support et al are snarky, nor are all the queries levied in their direction lazy, but it has to be said, there are a handful of answers which have earned almost legendary status, not purely because they are such dreadful clichés, but because they actually work. Here are our top five:

1) ‘Have you tried turning it off and on again?’

Uttered by Roy with total despondency and dripping with contempt, “Have you tried turning it on and off again?” fast became the IT Crowd’s catch phrase and just as quickly captured the public’s imagination. It’s funny because it’s something that most of us do try when we have an issue. However, it also generally solves a host of problems. How? Turning it off and rebooting the system can make certain programs reset to default mode, reload and effectively wipe them clean. This can correct bugs and restore the device to a stable condition.

This effectively covers: ‘Can you give me some more information?’ and relates to all those times when people call their IT team to report a random error code. Unfortunately – and unhelpfully – much if the time, the error is not accompanied with any other information, hence the request for further details. Why does this work? Well – duh – it’s so the experts know what they’re facing and can take steps to resolve the issue.

This has become the stock, disdainful answer to lazy questions – and with good reason. Many issues can quickly be sorted with a quick look online, but instead (and we’re probably all a bit guilty of this) we turn to the diligent tech team. So annoyed were one team of engineers, that they actually developed Let me Google that for you, a site which generates a link to a demonstration of a Google search – so your recipient will a) get the message and b) be presented with helpful search results. It works because the individual can address their own issue and will feel far too embarrassed to hassle the team unnecessarily again.

I have a confession to share. An IT colleague of mine admitted that this response roughly translates as: ‘I can’t be bothered to look at this right now, so get off my back’. Yet to the uninitiated, it appears that something ‘big’ will be done and a refresh overnight will sort the problem out. Cheeky, huh? However, it can work. Firstly, it gives our mischievous IT colleague a chance to review the situation in their own time, and secondly because the ‘turning it off and on again’ reset comes into play. It also casts Mr or Ms IT into a glorious, hero of the piece. Sneaky and effective. 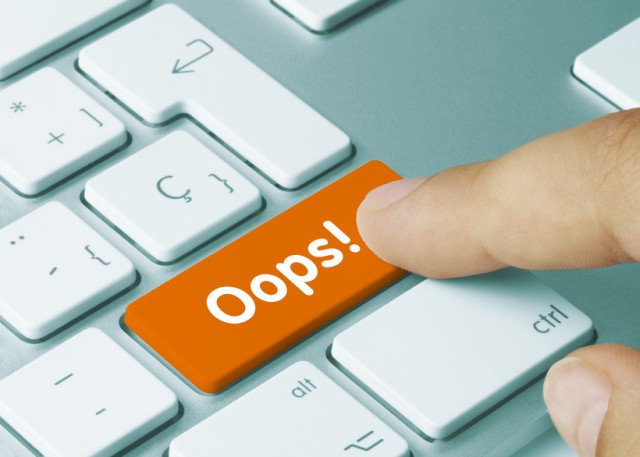 Usually said with a sigh or a roll of the eyes, this innocent question is typically asked of repeat IT botherers – AKA those people who are always breaking something and needing assistance. That’s not to say the friendly tech team won’t oblige, only that they already know where the real fault lies: between the chair and the monitor. They know that the individual has probably clicked something and not read a notification or alert properly. Hence asking the individual – who they probably know fairly well by now – what they did, will enable them to discern the issue and set about fixing it.
And in case you were thinking that all the clichéd responses were exclusively thrown at clueless non-techy end users, you’ll be pleased to hear there’s an equally annoying one which makes us roll our eyes in frustration. Here’s the least helpful, clichéd response from IT: “It works on my machine!”

The next #developer that tells me “It works on my machine” is going to get a fun reward… pic.twitter.com/WdLQiPYI5R

For expert insight into leasing software and hardware, contact the team at Hardsoft. We won’t ask whether you’ve tried turning anything on and off again. Promise!