they maybe more expensive but there are numerous reasons that your next computer should be an Apple Mac…and a few negatives ! 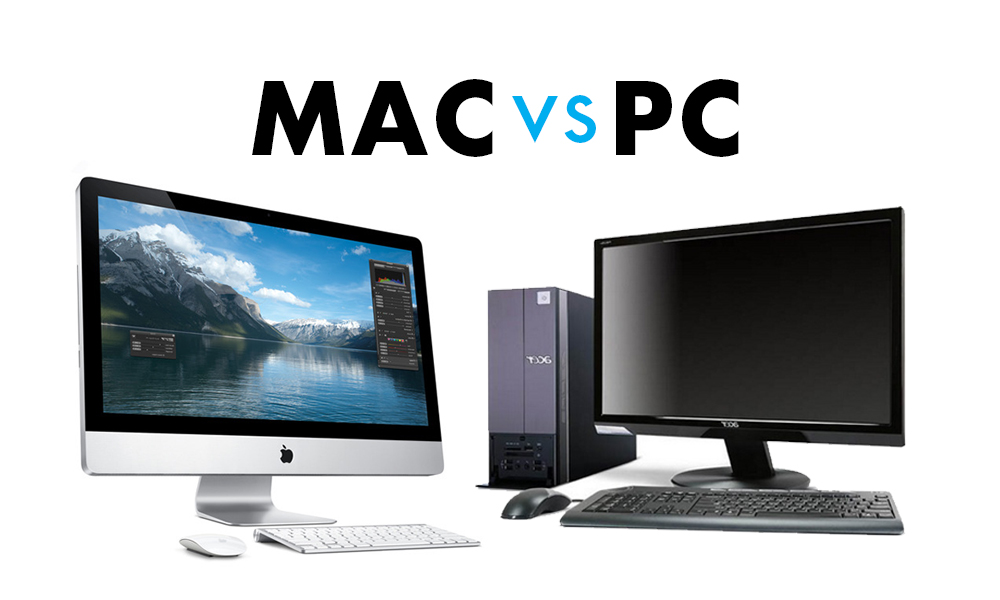 1. Value for Money A Mac might never be the cheapest option when choosing a computer system but then neither is a Ferrari, Mercedes, or a BMW when it comes to selecting your new car. But does that stop these motors from whooshing out the door? No; far from it. They are sought and bought by millions of discerning customers – people just like you. Why? They are desirable, beautifully engineered, packed with the latest technology, efficient, fast, powerful, cool, sleek and sexy. So, when you want the Rolls Royce of computers, you choose a Mac – for all the same reasons. It’s that simple. The bottom line isn’t then all about the cost but more to do with what you get for your money. Unlike a PC your Mac will still be worth several hundred pounds after years of service.
2. Security  It is well known that the Mac is not susceptible to viruses or spyware attacks in the same way as Windows based systems. And it is an indisputable fact that a Mac user with no security software is at less risk from such nasties than a Windows system that is significantly protected. Macs don’t do security meltdowns.
3. Predictability In our experience Macs crash less, suffer far fewer inexplicable slowdowns, deal better with tight memory situations and boot up/shut down faster. In short, they are more reliable. Fact. Although Macs may not be totally bulletproof, they have been shown to be far less flaky than the average PC.
4. Pedigree and Innovation  Apple is one of the biggest, best and most innovative companies in the world. 30 years ago this January, in 1984, they introduced the Macintosh and with it, the promise to deliver the power of creative technology to all. This pioneering spirit continues to produce ground-breaking and game-changing innovation, making a profound impact that has reshaped the world of computing. So whichever Mac you choose – Notebook, Desktop, MacBook Air, iMac – you can be sure it will feature the latest technology, designed to help you achieve the amazing… from the minute it is out of the box. And it always will. 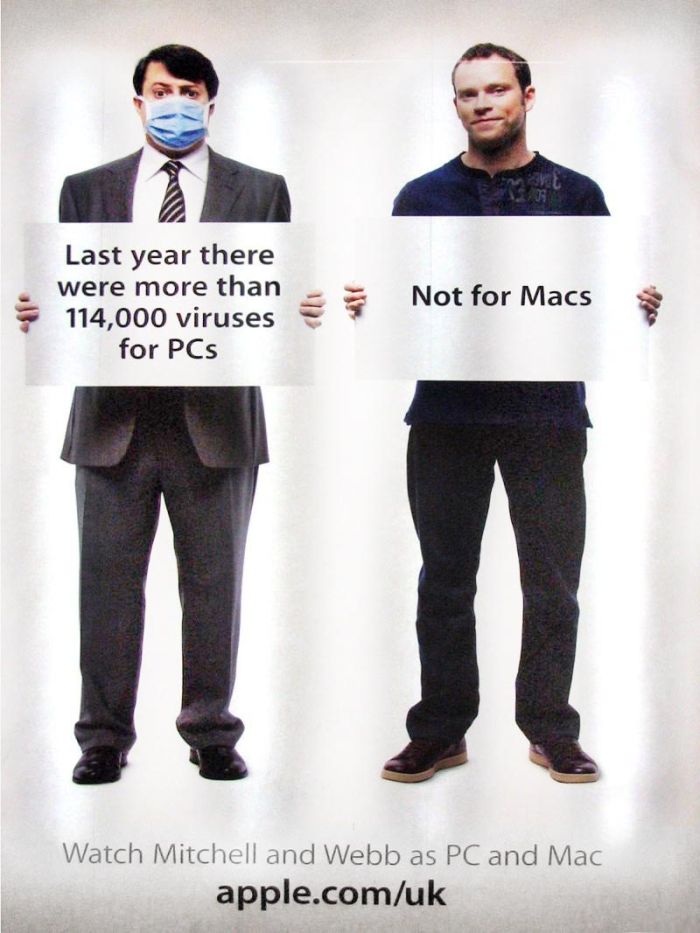 5. Consistency– Every Mac is powered by the OS X operating system, designed to deliver the most intuitive and integrated computer experience in the world. It is logical with minimalist interface which, in simple terms, means it’s easier for you to do your thing. In turn that makes you more productive and, ultimately, happier. Apple updated the Operating System once per year and that is available free of charge. Microsoft offers new versions of Windows every couple of years and each cause almost chaos as well as a cost of circa £100 to buy.
6. Detail Little things mean a lot…Like an laptop AC adaptor with hooks that lets you wrap up the cord for travelling, or a magnetic MagSafe connector that won’t get damaged if it’s accidentally yanked out of the computer. What about the oversized touchpad with multi-touch gestures that help you navigate through documents and around the web? And a Mac will be lighter and less bulky than a comparable PC laptop.
7. Speed– the latest Intel CPU’s appear in Macs generally a year before they appear on a PC. For instance he Imac with its fourth generation Intel CPU’s appeared in this guise in October 2013. Some 5 months later these CPU’s are only started to be talked about in a PC. Consider Thunderboolt which is tha latest way to transfer data (like USB).; Apple has been offering this for nearly 2 years. A handful of PC laptops are offering this.
Yes, you could buy a perfectly pleasing Windows PC that matches a Mac’s CPU speed, RAM, hard drive space and other specs for less money but it won’t include any of the above. And, if you buy a Mac, you qualify for free in-person technical support from a patient rep with a deep knowledge of your system – AKA the Apple Store Genius Bar. A Genius will do everything from re-installing OS to replacing broken keys on the spot, as a colleague of mine will confirm. Or as he succinctly summed it up “It rocks!”  Convinced? Want one? 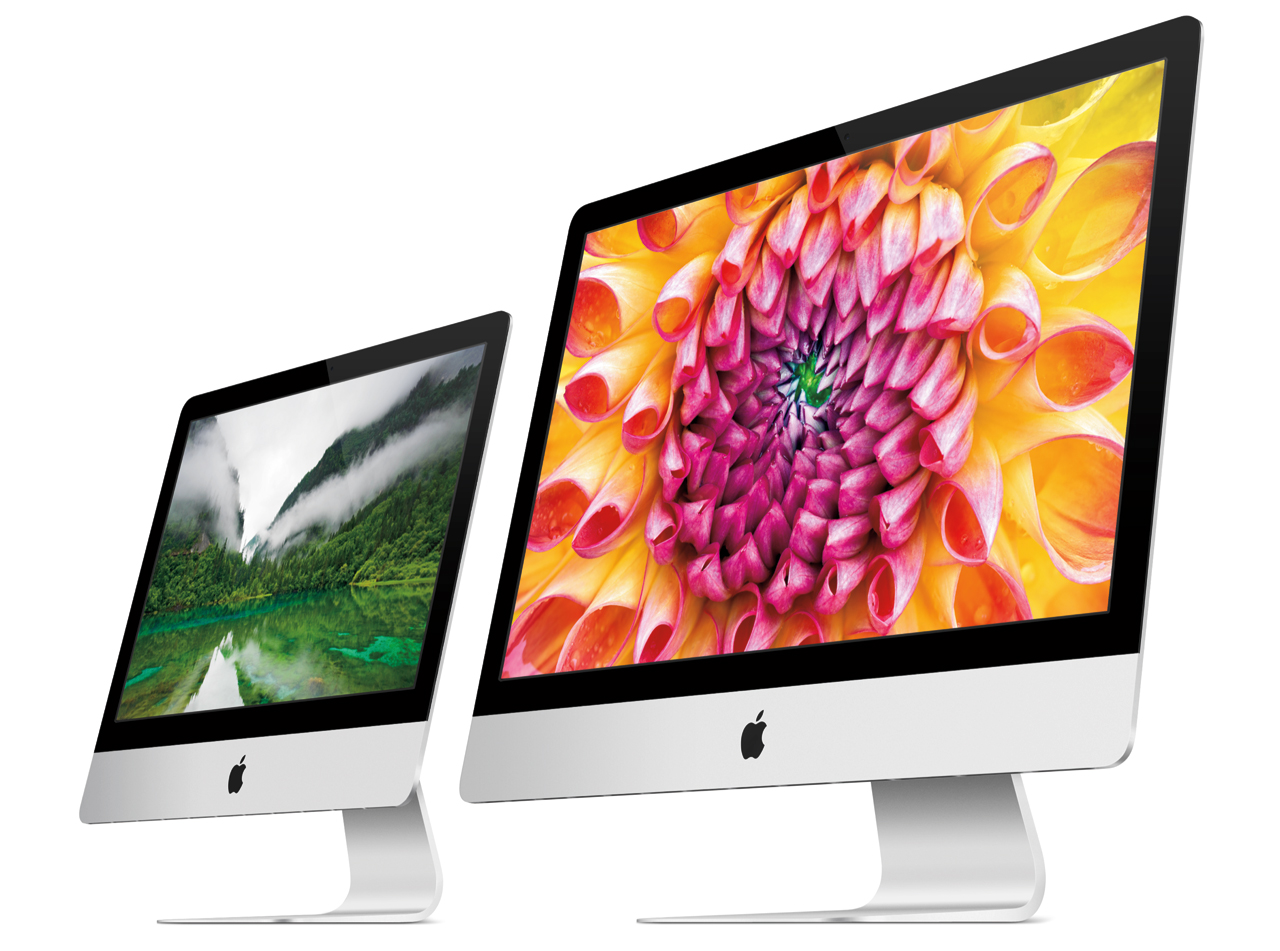 NEGATIVES ? yes there are a few well cost maybe a big negative with a Mac notebook approximately a third more expensive than a PC equivalent. Leasing a new Mac for your business makes perfect sense with little outlay that’s is great for cash flow plus comes with the option to change your Mac after 2 years – a bit like a mobile phone contract. Other negative is the cost of spares should it go wrong. Apples standard warranty is just a year and after that a logic board replacelemnt can be as much as £500. Unlike PC’s Apple only make about 5 spare parts for each Mac which means if your CPU dies then they will only supply a new CPU on the motherboard with all the bits- what they call a logicboard. Leasing or financing your Mac with HardSoft means three years warranty inclusive of all parts and labour.
For more information on how HardSoft’s financing solutions for the Apple Mac can overcome the few negatives of making your next computer a Mac .contact our sales team (who are all Apple trained) on 0207 111 1643, at sales@hardsoft.co.uk or fill out the form on the contact us page.