A Mobile Workstation is a PC notebook computer which has high-end features which you wouldn’t usually find in a notebook. These high-end features include faster graphics processors, more powerful CPUs and additional memory, which enables the notebook to work as efficiently as a desktop workstation. Mobile workstations have often weighed slightly more than standard laptops but the latest models are becoming thinner and lighter than ever before. So if you need the

power and versatility that a desktop but need it to be portable and easy to carry around, a Mobile Workstation is the perfect solution.
The ZBook range is HP’s  Mobile Workstation range. It was first launched in September 2013 and has had several reincarnations since which can cause confusion when you’re trying to find the best one for you. A few years ago there were only a few laptops in the ZBook range and the choice was as simple as 15″ or 17″ display. Now you have different weights, graphics cards etc and the range has various sub-brands and multiple options within each. So we thought we’d do our best to give an overview of the range and, hopefully, help make it easier to navigate.

The ZBook x2 is a fusion of a mobile workstation with graphics and lots of memory, plus a detachable tablet which you can interact with using just the touchscreen once you’ve taken off the wireless keyboard. Quad-core Intel Core i7 CPU and Nvidia Quadro graphics card. two USB-C connectors with Thunderbolt 3 support, a dedicated power jack, a USB 3.0 port, and even a full-size HDMI connector and an SD card slot.

This model has some aspects of the Spectre and EliteBook lines, like the milled aluminium bodies, but are more durable. Aimed at creatives who may need a device that is portable and convertible enough to cope with intense workloads. They come with options for Intel’s latest Core i5 and i7 processors, or even Xeon chips, graphics from Nvidia Quadro, up to 4TB of local PCIe NVMe storage, and up to 32 GB of RAM. Featuring a 15.6-inch 4K touchscreen display that comes with a Wacom AES pen with 4,000 levels of pressure sensitivity and two customizable buttons. There are two USB 3.0 ports, an HDMI port, and 2 USB-C ports with Thunderbolt 3 support. It’s also fully convertible, with a 360-degree hinge. 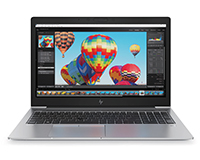 The U in these models stands for Ultra book or Ultra thin. The ZBook 14u G5 is a 14-inch 4K IPS LED-backlit screen mobile workstation, with an Intel Core i7-8550U processor, a 256 GB SSD and an AMD Radeon Pro WX 3100 dedicated graphics card that is optimised for professional use. The ZBook 15u has had a chipset refresh and a 15.6-inch 4K IPS LED-backlit screen. Both use a wide range of Intel’s 8th gen quad-core mobile CPUs, ranging from Core i5-8250U to the Core i7-8650U. They can also be equipped with up to 32GB of DDR4-2400 RAM in two SO-DIMM slots, up to 1TB of PCIe NVMe M.2 SSD storage or HP’s 1TB HP Z Turbo Drive G2. The ZBook 14u and 15u G5 come with workstation level Radeon Pro WX 3100 graphics which can handle AutoCAD and other design applications easily.

The ZBook 15v (v meaning value) is aimed at a wider market than your standard workstation laptops, targetting those who need more from their laptops for software like AutoCAD design, Autodesk Revit, and SketchUp. The ZBook 15v has an 8th gen Intel Core i5 processor, 8 GB memory, 1 TB HDD storage, 15.6″ diagonal Full HD display, and Intel UHD Graphics 630. The 15V is reasonably portable, coming in at just over 25 mm thick and weighing in at 2.14 kg.

The ZBook 15 Mobile workstation has a quad-core Intel Core i7 processor and Nvidia Quadro graphics. It’s rugged construction and multi-layered security keep everything safe and secure, although it is fairly heavy, weighing in at 2.81kg. It’s HP DreamColor screen offers superb quality and accuracy. With four USB ports, one USB 2.0 port and three faster USB 3.0 ports, including one with power for charging devices, the HP ZBook 15 is a robust mobile workstation, offering great processing power, ISV Certified graphics and durability.

The ZBook 17 has a Gigabit Ethernet port, three USB 3.0 ports (one with power for charging devices), an SD card reader and a security lock slot, plus two Thunderbolt 3 ports, VGA and HDMI outputs, a fourth USB 3.0 port, a SmartCard reader, and connectors for power and audio, so you can get connected to pretty much anything.  It has a 17.3-inch IPS panel, which offers great viewing angles and an anti-glare coating which means it is also visible in sunlight. With an Intel Xeon processor, 64GB of RAM and an Nvidia Quadro P5000 graphics card, this ZBook is a great option. 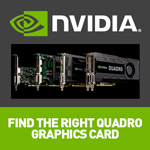 Of course, no matter which ZBook you choose, the software you use defines which graphics card you need and therefore impacts which choice of Mobile Workstation is for you. We have a blog that will help you choose which graphics card you need for the software you use, and you can also use PNY’s graphics card selector tool too.
These mobile workstations are fantastic for anyone who needs a heavy-duty yet portable computer and leasing them means that you can keep your cash flow free, whilst making the most of the benefits of leasing, such as our 3-year warranty which includes technical support and the opportunity to own at the end of the lease. To find out more about the ZBook range available to lease from HardSoft, get in touch with our team on 020 7111 1643 or email sales@hardsoft.co.uk.