Last month, we ran a survey to find out how Apple customers use their machines. We came across some startling results that showed us just how vital Macs are to their users – and how important it is to have a functioning Mac at any time.
The survey was open to Hardsoft customers and general Mac users. Most of the respondents were in the UK, but we received responses from all over the world. 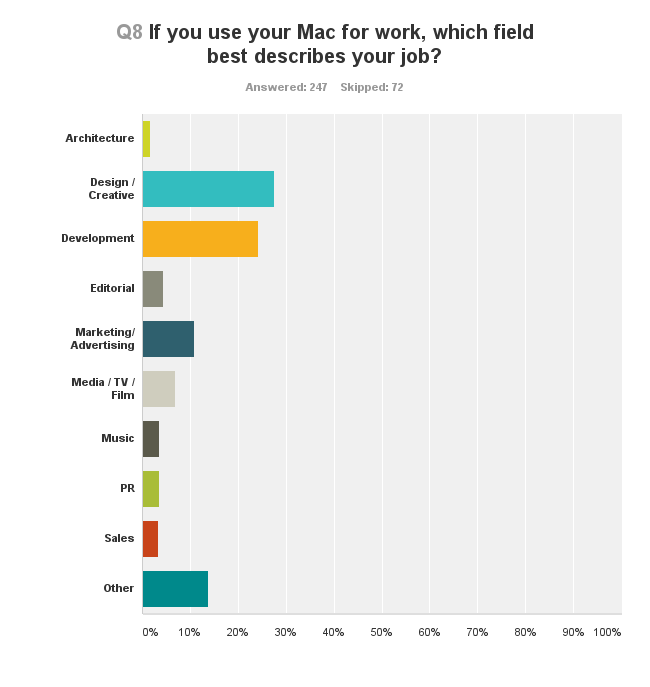 Of the professional users that participated the survey, most users slotted into design, creative or development jobs (over 51 per cent).
More than 50 per cent live in the South East or London.
Just four per cent of respondents said they lease their current machine, while the rest purchased their Mac outright. 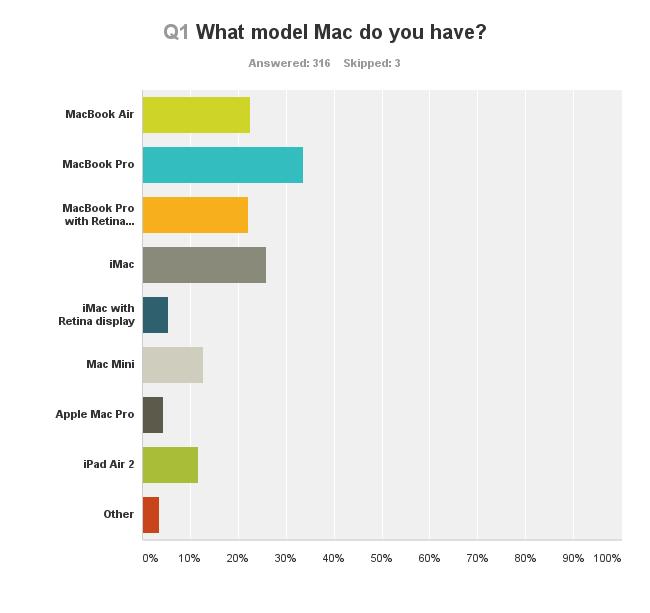 Apple customers often cite quality of software or build as being more important than price, and that would explain the wide spread of equipment our respondents use.
The most popular machine is the MacBook Pro (Retina and non-Retina amounting to 54 per cent of respondents). The iMac came in second (again, Retina and non-Retina combined), at more than 30 percent.
We asked people why they chose to buy their Mac, irrespective of the model they have. A significant majority – 47 per cent – said the software was the most important reason. 22.5 per cent said the design of the machine was the most compelling reason to acquire one.

Would you buy another Mac? 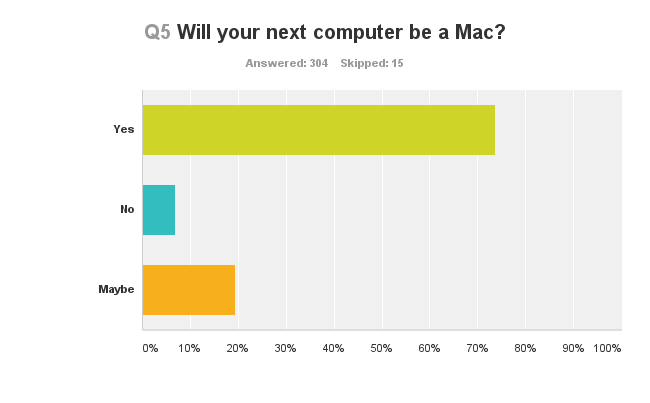 The most striking outcome from the survey is just how many people would buy another Mac if their current computer failed.
Almost 74 per cent said that their next computer would be a Mac, and the majority of users refresh their machines every three or more years (almost 77 per cent).
That might be because there is a huge crossover between Mac users and users of other Apple products, so the ecosystem is a compelling reason to stay tied in. In total, more than 93 per cent of respondents said they owned another Apple product; an iPad, say, or an accessory for their machine.

We couldn’t finish the blog without mentioning some of the more weird and wonderful answers we had. Here’s a selection .
Why did you choose a Mac?

What other Mac products do you own?

What do you use your Mac for?

Where do you live?

How often do you buy a new computer?

For the Stattos among you, here are the full results of the Hardsoft Mac ownership survey, 2015:
What model Mac do you have?

Why did you choose your Mac?

What other Apple products do you own?

Roughly how often do you upgrade your computer?

Will your next computer be a Mac?

Do you own or lease your Mac?

What do you use your Mac for?

If you use your Mac for work, which field best describes your job?

Where do you live?