Technology has made our lives immeasurably more convenient, enabling us to communicate, work, shop, and even control our heating at the touch of a button. What’s often overlooked, however, is how significantly these innovations have actually changed people’s lives and improved their well-being.
A while ago, we asked what you thought about the iPad Pro and one of our loyal customers, Mark Fry, got in touch. He told us that, as a dyslexic, the iPad Pro had made a huge impact on his life and that he loved the device. We wanted to know how this humble tablet could make such a difference, so we asked him. This is Mark’s story.

“The iPad has taken all the shame and pain away, and just left passion and pride, for the first time in my life“

“The English language is quite deceptive. It’s like they got the biggest idiot to write it – just to give children hang-ups.
“I am dyslexic. I hated reading and writing. I used to get terrible migraines from a young age; so bad that my mother took me out of school and home schooled me. I had a break down and the damage was done. The shame of not being smart enough stayed with me for years. As for holding a pencil, my hand hurt so much from cramps, I stopped using pens years ago.
“You’re wondering why I’m saying all these humiliating things about myself. It’s because once I got my iPad, my world as I knew it changed. Now when I come home, my iPad Pro pencil becomes an extension of my hand – which is truly amazing. The iPad has taken all the shame and pain away, and just left passion and pride, for the first time in my life.
“I’m not just saying this. When I got my iPad Pro, my life changed so quickly. Within two days everything changed. Learning became so much fun. I’m learning faster every day.”
Mark has been using dictation apps to write, with varying degrees of success. “Sometimes it doesn’t work. It will say something completely bonkers. But most of the time it gets it right. I only use my voice when I can’t spell something, but if I’m chatting to someone and I have to write fast, my voice is the best way.”
Naturally, the odd auto dictation error has occurred.
“The funniest and most embarrassing is where I’ve accidently asked men to do embarrassing things. Which wouldn’t be a problem normally, but these guys were Texas sheriffs, so I was kind of pleased I was in the UK. You’d be surprised how often this happens!”
Mark is a plasterer and admits he doesn’t need devices at work (“No, I don’t think the iPad Pro could help me…I don’t think I could use it as a trowel!”). He’d used iPhones in the past, but never a tablet.
“Before the iPad Pro I didn’t use an iPad or anything,” however an Apple technician recommended the device to him. “He told me all about this fantastic iPad Pro coming out, which he thought would be fantastic for me. He also told me about the Mac Pro – I think that’s what it’s called – but said I would benefit more from the iPad Pro.
“I am at the moment saving up for the keyboard. Hopefully in a couple of months I will have that as well, because every tool I get gets me that much closer to one day finally using a computer. Although I can do almost anything I want to on this device anyway. The only disadvantage of having a pop up keyboard is you lose half the screen. I wish I had a keyboard now, it really does make a difference, but I’m very happy of what I’ve got. And within a couple of months – who knows? – I will have a keyboard and then my life will be complete!”
Mark’s clearly a fan, but we were intrigued to know more specifically which features he thought had helped him to overcome the challenges he had: “Quite a few actually.”
“Like I said before, I haven’t picked up a pen or pencil in many, many years. Whenever I picked up a pen or pencil, I would get these terrible cramps in my hand. I’ve been fighting the pen or pencil all my life. I mean, it actually hurt in my hand. My muscles would tense up in my hand. Now I don’t know what I would do without my pencil on my iPad. I can’t wait to get my keyboard.”
“When I started using the pencil on the iPad, it was like playing a game. And funnily enough, since I got the iPad Pro, I haven’t watched TV or been on the Xbox once, which I am so happy about. All I want to do now is learn and draw.”
Now Mark is able to enjoy browsing through his favourite NASA website or using his favourite app, SkySafari Pro: “I finally got my wish in life; I can now interact in the science world and have an adventure of my own in the solar system through SkySafari Pro.”

“The ability to dictate is the most important function, of the iPad Pro”

Mark singles out one app in particular which specifically assists him: “I have a very special app called Ghotit, which is the best software out at the moment – to help people with learning and hearing difficulties, mainly dyslexia. Working alongside the iPad Pro and its amazing tools, it really helps me. 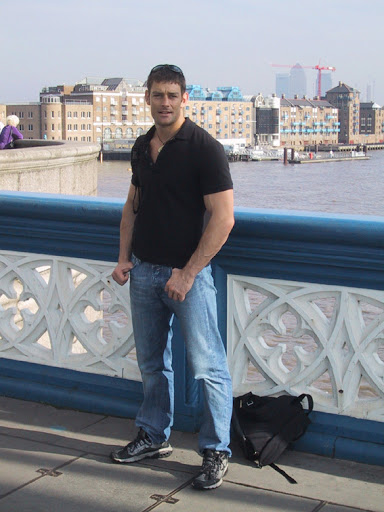 “The English language is the worst for sounding the vowels out in a word. For example, words like ’though’, ‘through’ and ‘throw’. These words and many others are extremely confusing, and drive us [dyslexics] crazy. Thank goodness a wise man or woman made these fantastic tools! The ability to dictate and speak is the most important function of the iPad Pro.”
As such an advocate for the product, Mark naturally thinks they would be a great addition in schools to assist children with dyslexia: “Definitely. People like me wouldn’t have so much of a problem when they’re using the Apple device.
“I don’t have much of a problem writing anymore because now when there’s a word that I need to spell, I can ask my iPad Pro how to spell it. I’m not kidding, after two days using the iPad Pro, my life changed. I am so grateful.”
“For the first time, reading and writing is like playing an Xbox game. I’ve never been passionate about my reading or writing. It’s given me hope and joy. If you are dyslexic, it makes it so much easier and so much more fun. I am also enjoying the 3-D drawing. It is awesome. I’m doing an online Digital Panting. It’s fantastic. I’m learning to hold the pencil and more importantly, having fun with it. I’m not fighting it anymore which is such a relief and pleasure.
“And let’s not forget about the amazing screen. You can tell I’m a big fan!”
Although singing its praises, Mark does have some frustrations – Apple and app developers take note.
“You know the books that you buy in [the Apple Store]? It would be so nice if I could get the iPad to read them to me. What’s worse is that before you buy the book, you can do it. You can make the iPad read it back to you, but as soon as you buy it, it won’t read back to you. It’s very annoying – and sad. I bought Astronomy magazine and Science magazine, but [the iPad] won’t read it back, I can only look at the pictures. Please make it so I can listen to the words.”
“And what would be handy [with regard to dictation] is if you could have a rewind. Like there is for drawing. That would be fantastic. In fact that is probably one of the best things you do.”

“When I got my iPad Pro, my life changed so quickly. Within two days every thing changed. Learning became so much fun. I’m learning faster every day“

As to the future, Mark has some suggestions and a message for Apple:
“Keep working on the dictation. I think that’s the best tool I’ve ever had. I haven’t used a pencil or pen since I was a child at school. Since I got my iPad Pro, whenever I’m in the house, the pen’s in my hand. I can’t put it down I love it so much. Just keep moving forward. You have broken through all my barriers and headaches from when I was a child; all the hang-ups I had holding a pencil and all the hang-ups I had just trying to learn. Just keep doing what you’re doing.
“And you make so many people like me so very grateful. The iPad has done so much for me, it’s just unbelievable. Thank you so much, all of you.”
Mark uses an iPad Pro and, we’re happy to report, will soon receive a keyboard!
If you’d like to find out how the iPad Pro or any other device can make a difference to your life, please get in touch – 0207 111 1643.