It’s only a couple of days until Apple’s big press event, so everyone and their mum is trying to guess what the company’s exciting announcement will be. It’s almost certain that Apple will reveal a new iPhone, but what other surprises does it have up its sleeve?
We’ve rounded up all the rumours so you know what to expect come 9 September.

Several sites have reported that they believe a 4K 21.5 inch iMac will be announced this October, after the event. A piece of code inside the upcoming version of OS X seems to uphold this rumour, as it shows Apple is planning to create an iMac with a 4096 x 2304 display.
Some experts say it was only a matter of time until the 21.5 inch iMac got an upgrade, since Apple released a 5K 27 inch iMac in October 2014, whilst the 21.5 inch model didn’t get a look in. The new 4K iMac will apparently not ship until November – just in time for Christmas.

Apple’s latest iPhone is probably one of the most anticipated announcements, especially by those whose smartphone contracts have finally come to an end. A September 2015 release date would make sense for the next iPhone in the series – the so-called 6s – as Apple always seems to release its smartphones during this month. ITHome believes that pre-orders for the new iPhone will begin on 11 September and consumers will be able to buy it in-store from 18 September.
Consumers will have the choice of a rose-gold 6s to match their new MacBook. In addition, Apple has apparently used a new casting material and internal mechanical design to prevent the bending problems that once plagued the iPhone 6 and iPhone 6 Plus.
However, Ming-Chi Kuo, a trusted KGI Securities analyst, has predicted that Apple will skip the 6s altogether, because the new phone is likely to be so packed full of new features, it can’t be considered just a slight upgrade.
So what are these new features? Well according to Mr Kuo, a Force Touch display will be the biggest new feature of the next iPhone. This smart display can sense the level of force or pressure being exerted onto the screen. It can tell the difference between taps and hard presses, allowing users to have more control over their iPhone.
The screen size is unlikely to change, but it is set to become Apple’s thinnest smartphone yet, measuring between 6.0mm and 6.5mm. Plus, it will boast an impressive 12MP camera on the rear, as well as an additional microphone, which will boost the sound quality of videos. 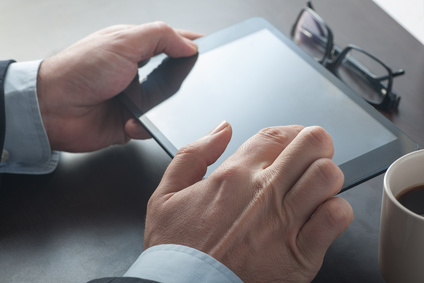 iPad sales are in decline and have been for some time. Some think that Apple will introduce a new iPad model to grab consumers’ interest, as every time a new iPad is brought out, sales spike upwards again. Not much is known about the rumoured iPad, but it’s expected to be larger, aimed at the enterprise market, and OS-based rather than an OS X hybrid.

Rumours abound that Apple TV may finally get an update. Over the past few years, Apple seems to have almost forgotten about Apple TV, and as a result, it’s currently struggling to keep up with its rivals – there are so many streaming devices and services out there now. To compete, Apple TV must step up its game, which is why so many experts believe Apple will announce an update.
One rumour suggests that Apple may be working on a Netflix-rival. This subscription-based service will allow people to stream video content to the Apple TV, as well as other devices. If the rumour is true, we’ll find out more on 9 September.
What do you think will be announced at Apple’s event on Wednesday? Why not share your predictions with us below.